At The Pied Plumber, our family plumbers are experts in identifying, locating and repairing blocked storm water systems in Sydney. Stormwater is composed of the runoff from rainfall events that flows from your roof, gutters, driveways and all the hard surfaces around your home, and into the storm water system.

This may comprise of strip drainage, pits and underground absorption trenches.

3 Signs that you have blocked storm water pipes

When your storm water pipes are blocked or broken and the water doesn’t run away freely into the system, there are a few easy ways to diagnose this problem:

If left unattended, you may find a house hold emergency call and a dreaded insurance claim.

Blocked storm water drains are a common problem in Sydney and can be due to a number of causes. These include trees roots growing into the storm water pipes, debris flowing into the pipes and poorly installed pipes.

The vast majority of blocked storm water systems are due to the overgrowth of tree roots that wrap around the pipe and find their way in through broken joints. Tree roots can enter through the smallest of cracks, widen it and grow to cause a blockage in your storm water system.  Root poisoning treatments are an effective way to prevent this problem happening again, once repairs have been completed. In most cases the common Plunger won't do, which is why our trucks accompany with the latest high pressure cleaning equipment.Also known as a jet Blaster or Jetter,

Leaves, concrete, gravel and roofing mud are all well-known causes of blocked storm water drains. These materials can easily become lodged in the pipes, causing other debris to back up against it and eventually, completely blocking the storm water pipes.

Every now and again in Sydney, we come across storm water pipes that have been poorly installed. In most cases the joints have failed and tree roots have grown into the pipes, causing them to become blocked. The only real solution is to replace the pipes, as the problem will keep recurring.

Pipe relining: Our CCTV inspections will locate the obstructions, which are removed with a high pressure water jet. Once clear, pipe relining is an efficient way to fix blocked, broken or leaking pipes that are buried deep underground without the need for digging.

For professional repairs of blocked storm water systems in Sydney, call the local family plumbers at The Pied Plumber on 1300 13 80 80 or complete our online enquiry form.

We accept all major creditcards 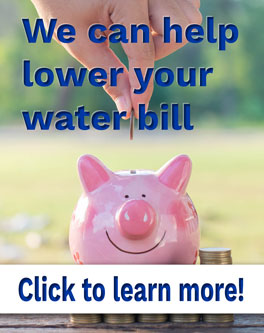 Feedback from our loyal customers

I could not be happier with your expertise and promptness in solving my problem. In future you will always be my plumber.

I am very impressed by your excellent service and will be more than happy to recommend your company.

I was very pleased with the advice and the work carried out for me. I am a very satisfied customer.

Sam did an excellent job. I am talking about the Pied Plumber non-stop!